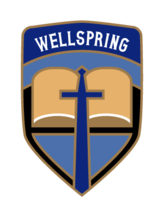 ​​You Matter to God.

A portal from heaven opened above the village of Clifton Springs, NY in the nineteenth century. God allowed many theologies, missionary movements, and revivals to spring forth from Clifton Springs.

In 1849, God gave Henry Foster, MD, a vision of opening an institution of healing that treated pastors and their families, missionaries and their families, and Christian teachers and their families with free care. This was the first hospital that offered pastoral and spiritual care on a full time basis with a chaplain available full time. In 1871 he married Mary Edwards, a granddaughter of the First Great Awakening revivalist Jonathan Edwards. The marriage of these two brought the anointing to this historically significant village.

In 1878, Dr. Foster built a glass tabernacle that seated 650 people and invited the Believer’s Meeting Bible Study to meet there. This began the movement of premillennial dispensationalism, the idea that Jesus Christ was coming back for His bride, the church. They met there for three years, later moving to a larger venue in Boston and then on to Niagara, where it became known as the Niagara Conference. This influenced people such as John Scofield, the bible scholar.

In 1891 Dr. Foster allowed the Christian Workers Conference to meet in a conference tabernacle. Out of this conference came A. B. Simpson, who went on to found the Christian Missionary Alliance, Nyack College, and write over 100 books. The first bible colleges came out of these conferences, along with the first prophecy conferences.

Dr. Foster allowed missionaries to hold their missionary conferences at Clifton Springs Sanitarium, to include J. Hudson Taylor and the China Inland Mission. There are four Gingko trees that are growing at the bank in town today that were brought over from China with the Chinese missionaries. The modern missionary movement, including all denominations and missionaries to Africa, Turkey, Siam, and China, was equipped and continually restored from Clifton Springs.

The greatest modern Christian poet, Annie Johnson Flint, who wrote numerous books of poetry, lived in Clifton Springs because of ‘the spiritual atmosphere’ of the place. She continued to write and publish and her poems are still published today.

Because of the teaching and healing environment of Clifton Springs, the restoration of healing in the Church was disseminated from Clifton Springs. The three great classics are Christian healing were written by pastors who had set at the feet of Dr. Foster and studied the scriptures with him.

At Wellspring, we believe that we are digging up these old wells of healing, restoration, and revival, and believe that God is pouring out his Spirit to grow His Kingdom through this wellspring again.

"In the world, tribulation, trials all around,
For on earth no resting and no joys are found;
Let us flee to Jesus where all sorrows cease;
Here alone is gladness, here alone is peace."